Disappear to be released 17/December/2012

There will also be a four song CD single available through www.musicbytenonsaw.com,
and the four songs will be available as a downloadable album.

2 –Knife In The Dark 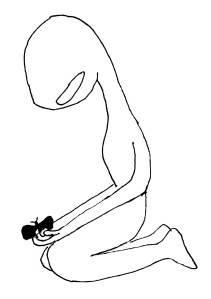 “Disappear” was initially released on “Beginnings“, and is one of Tenonsaw’s more electronic recordings. The instrumentation is entirely programmed, but was originally mostly written on acoustic guitar, and the basic drum track was programmed on an iPhone.

The [lyric] is one half of an imagined conversation between lovers struggling to have an adult relationship, as unfortunately we all often do.  A video will be available on YouTube and our [Videos] page once completed (date to be confirmed soon).

The three B-sides are intended to give a wider view of Tenonsaw’s music.  These songs range from the oldest to the newest, from the most experimental to the most conventional, and from the most abstract to the most concise.  These are not standard “B-sides”, in that all three songs are strong songs with a lot of work put into them, and all three songs were planned as singles at different times.  They are being released now as a package to clear the boards for new songs written in our time away, details coming soon.

This entry was posted in Uncategorized. Bookmark the permalink.