This page is a quick introduction to Tenonsaw.

Tenonsaw is a two-person Electro-Folk (or Slowcore, Minimilist, Shoegaze Neo-Classical Ambient or whatever you’re having yourself) band, currently recording their debut album to be released as soon as it is ready.

Thomas Luke is the chief songwriter and lyricist, and also produces Tenonsaw’s music.  He writes mainly on acoustic guitar and piano, but also plays bass, keyboards and electric guitar.  He programs most of the electronic elements of Tenonsaw’s music and composes the string arrangements. 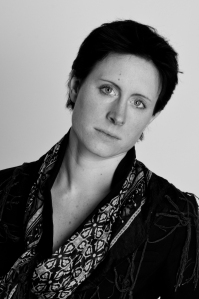 Salt Odelund is the lead singer and band-leader, and also the photographer and visual artist behind much of Tenonsaw’s artwork.  Salt’s preferred instrument is the piano, though she also plays electric and acoustic guitar, bass and keyboards.  Salt also provides much of the rhythmic backbone of Tenonsaw’s music with drum programming and percussion.

Below are ten “Tenonsaw Facts”, in no particular order:

2> Salt’s last name is pronounced “Oh-de-lund” or “Ode-lund” (2 and a half syllables, try it and see) and is an old Swedish family name (Salt is from Stockholm, Sweden).  And yes, Salt is not her given name, but it is what she is called now.

3> Tenonsaw arrived at their name through the tried and tested “flick through a dictionary until you find something you like, then Google it” approach.  A Tenon Saw is, to paraphrase said dictionary: “A small saw for cutting intricate joints”.  Tom and Salt were taken with the character of sharpness, delicacy and craft evoked by the name, and dropped the space to make it less cumbersome.

4> Salt attended the Adolf Fredriks Music School in Stockholm, where she studied music, particularly choral singing and Swedish folk music.  Other alumni of the school include Carola Häggkvist, Robert Wells, Peter Jöback and members of The Real Group.

5> Tenonsaw met by chance on a street in Cork City, where Tom was living and Salt visiting to study.  Mere weeks later Salt moved to Ireland to stay and they started making music together, initially under the name Sockerosa working with assorted Cork musicians, then as The Dark Stars (featuring the talents of their close friend and Work In Prowess founder Caroline O’Donoghue).  When Caroline left for better (or at least different) things in London, Tom and Salt decided to make music just as a duo from then on, and Tenonsaw was born.  (And yes, Tom and Salt are a couple, and no, they don’t write love songs about each other).

6> Tenonsaw’s highest profile gig to date was the recording of a live session for RTE 2FM in February 2012, to mark the release of their “ASKOF/Sweet Little Mystery” double A-side single.  Four songs from the session were broadcast on Dan Hegarty’s show on the 24th of April 2012, and Tenonsaw also released these songs as a live EP entitled “Radio Waves”, available as a CD or download through www.musicbytenonsaw.com.

7> Tenonsaw share a house in County Cork in Ireland with three cats and assorted other pets.  In this house they have set up a modest but suitable-for-their-needs home studio, which they have named “Susafi Studios” taking the name from two of their cats.  Assorted photos of these cats (among other things) can be seen on Salt’s website, and the studio features in several of their videos, particularly the “Sweet Little Mystery” video which was essentially a video of the band recording some of the song in Susafi Studios.  (And yes, that is a John Martyn cover).

8> Tenonsaw spent 2012 on hiatus due to Salt undergoing a serious operation to correct Chiari Malformation.  They discussed this and the 2FM sessions in a mini-documentary entitled “Beginnings” filmed by Alex Millar.  You can view this documentary in full on the [Videos] page.

9> The “Avenging Angels E.P.” is Tenonsaw’s most recent recording, and features six new recordings taken from the sessions for their debut album.  It will be released on the 25th of October 2013.  A Double A-side single “Avenging Angels / Waves” is available for free download at www.musicbytenonsaw.com as a preview, both songs featuring on the E.P.

10> If Tenonsaw were a Superhero, their superpower would be the ability to smell colour.